Photos from the small wind turbine construction course in August 2014

Reinforcing resilience and self-reliance of communities in degrowth: The case study of the renewable energy workshop of ‘Nea Guinea’

Presented at the Degrowth conference in Leipzig September 2014 in the Organizing Energy Supply and Demand workshop:

Reinforcing resilience and self-reliance of communities in degrowth: The case study of the renewable energy workshop of ‘Nea Guinea’

The main themes discussed in this paper are the ideas of open knowledge commons and the free sharing of knowledge, community-driven development with internet-enabled collaboration and open design approaches for distributed local manufacturing, while the concepts of resilience and self-reliance are introduced for emerging rural communities in degrowth. These themes are studied specifically in the area of electricity production from renewable energy sources (RES) such as small wind turbines, small hydro turbines and solar panels. The case study of the renewable energy workshop of the ‘Nea Guinea’ non-profit organization in Athens, Greece, is presented in detail, in the search of practical examples of how these ideas have been put into practice in paths towards a sustainable degrowth.The RES workshop of ‘Nea Guinea’, begun in Athens in 2009 with the goal of developing open source renewable energy technologies, spreading their usage in Greece and supporting local degrowth initiatives in electricity production.

The workshop started its activities with practical seminars on building small wind turbines where the participants manufactured a complete small wind turbine throughout the course of a week, by constructing from scratch the generator, the blades and the metal frame from simple materials and with the use of simple workshop tools. The designs were based on the construction manual of Hugh Piggott ‘A Wind Turbine Recipe Book’, which stems from the development of small wind turbine technology for rural farms from the Back-to-the-Land movement of the late 70s in Europe and the US. The profile of the participants of the workshops was mostly of male gender, of ages spanning from 23 to 50 years old, most of which had no engineering backgrounds, but were thinking of moving to the country side to live for small periods of time or permanently. The learning process was mostly practical and was applied to groups of 7 to 12 people, while different skills that are useful in the context of rural everyday life were developed, such as metal working and wood working. In this way, a convivial and experimental way of learning was developed during the workshop, were participants experienced a hands on learning process. Eleven of these workshops have been concluded up to now and have successfully built small wind turbines of rotor diameters ranging from 1.2m to 4.2m which have the ability to produce electricity for small farm houses. Though this process the participants were empowered with the knowledge of producing electrical energy from the wind and thus now have the skills to built resilient rural communities.

The energy workshop of ‘Nea Guinea’ is a member organization of the Wind Empowerment association, a worldwide network of local manufactures of small wind turbines with more than 35 organizations in its membership. Through the Wind Empowerment discussion forums and other forums such as fieldlines.com of the OtherPower group, an unofficial internet based community-driven development process takes place, though the sharing of knowledge and experience on locally manufactured small wind turbine design. Being part of this process, the energy workshop of ‘Nea Guinea’ developed a small hydro design based on the manufacturing techniques used for constructing a small wind turbine generator. This small hydro generator of 500W nominal power was installed in March 2013 at the rural farm of ‘Rodokalo’ in the mountain of Iti in central Greece. The small community that lived there and practiced a path towards degrowth, had preciously no electricity. The energy workshop of ‘Nea Guinea’ undertook the task of building the energy resilience of the community and thus designed and installed the small hydro project not only to cover their electricity needs, but also their needs in hot water. This is a practical example of how open source technologies can be applied to a local context and thus become tools for self-reliance.

Apart from producing new technological applications, the energy workshop of ‘Nea Guinea’ has gathered the necessary technical expertise in order to produce complete electrification designs for rural communities in degrowth. Since its beginnings in 2009, the workshop has designed and installed more than ten off-grid systems using the energy of the wind, water and sun for electricity production. Specifically, a solar system has been installed in the root top cafe of the ‘Nea Guinea’ building in Athens, the place were most of the workshops take place, and provides electricity for all the events that occur in the roof garden. The solar panels have been built in the workshop by participants in the energy seminars and the installation provides a concrete example of how this technology can be used in an urban context to produce electricity from the sun. In addition, small DIY solar panels of 45W power have been constructed by students in secondary schools, with the assistance of the energy workshop, and have been installed in the schools, in order to produce light for billboards designed by the students. In the rural context, two small wind turbines of 2.4m and 3m diameters have been installed in an eco-community in the suburbs of Athens which experiments in forms of communal leaving and on technologies for production of food at a local level. The community covers its electricity needs completely from the two turbines and some solar panels. Also, an organic olive producing co-operative in the south of Greece has had its farm house electrified with the used of a 4kW solar panel generator and a 2.4m small wind turbine made in the workshop of ‘Nea Guinea’. The energy workshop undertook the design and installation of the project, thus helping that energy resilience of the community. Finally, a solar pump of 750W nominal power was installed in western Greece, in the island of Leukada, to pump irrigation water from a well to the organic farm of a small community of people who participate in a nation wide seed saving network. All of the above examples are parts of a larger project of the energy workshop, to provide electrification services to communities in degrowth and educational initiatives, with the use of open source technologies.

Further, activities of the energy workshop of ‘Nea Guinea’ include the translation of the small wind turbine construction manual ‘A Wind Turbine Recipe Book’ of Hugh Piggott in Greek in order to help spread this technology further and overcome language barriers, and also the organization and participation in eco-festivals and events throughout Greece, for the promotion of open source technologies and the ideas of resilience and self-reliance.

In conclusion, the case study of the renewable energy workshop of the ‘Nea Guinea’ non-profit organization in Athens, Greece, provides an example of how communities can practice paths towards degrowth though open source renewable energy technologies, convivial and experimental ways of learning and thus providing more resilient futures. 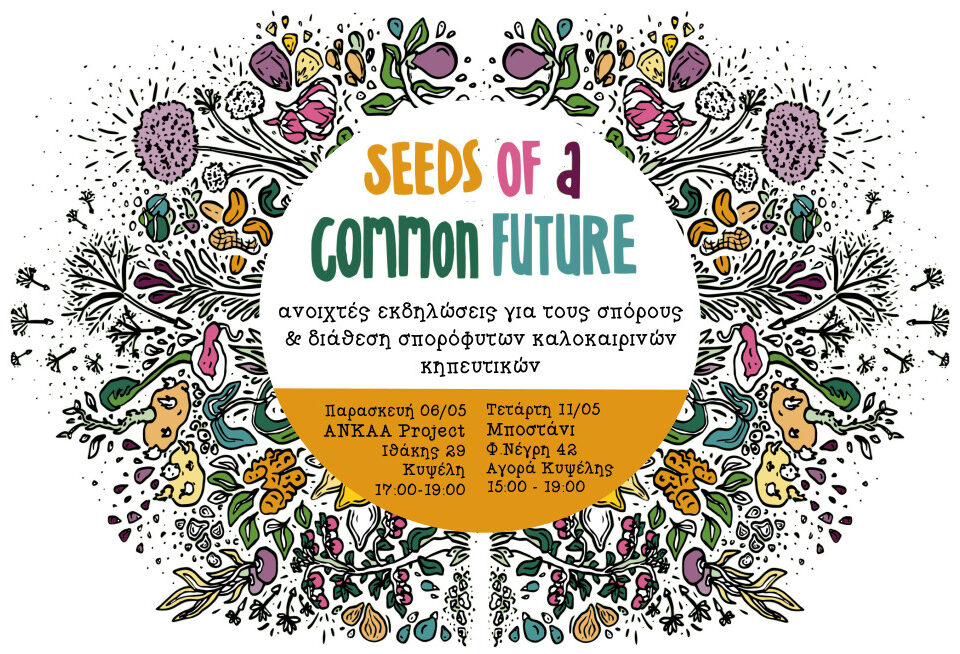 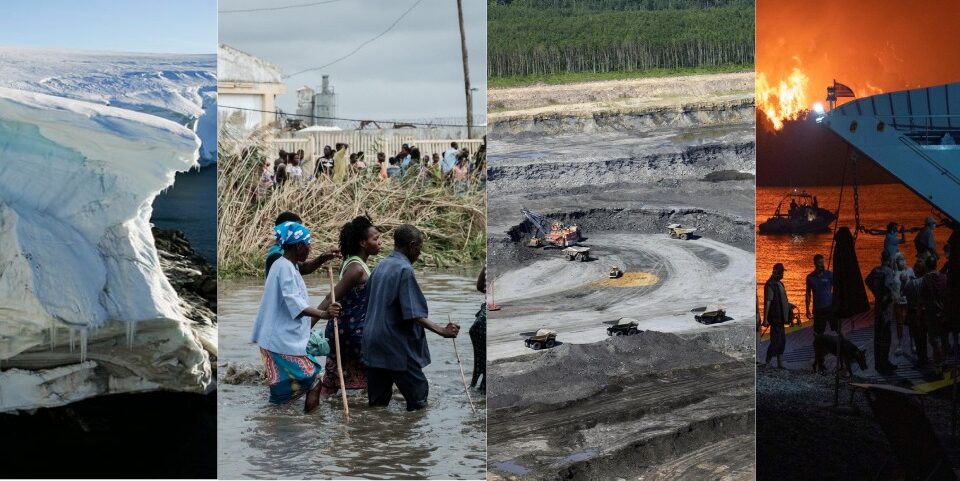 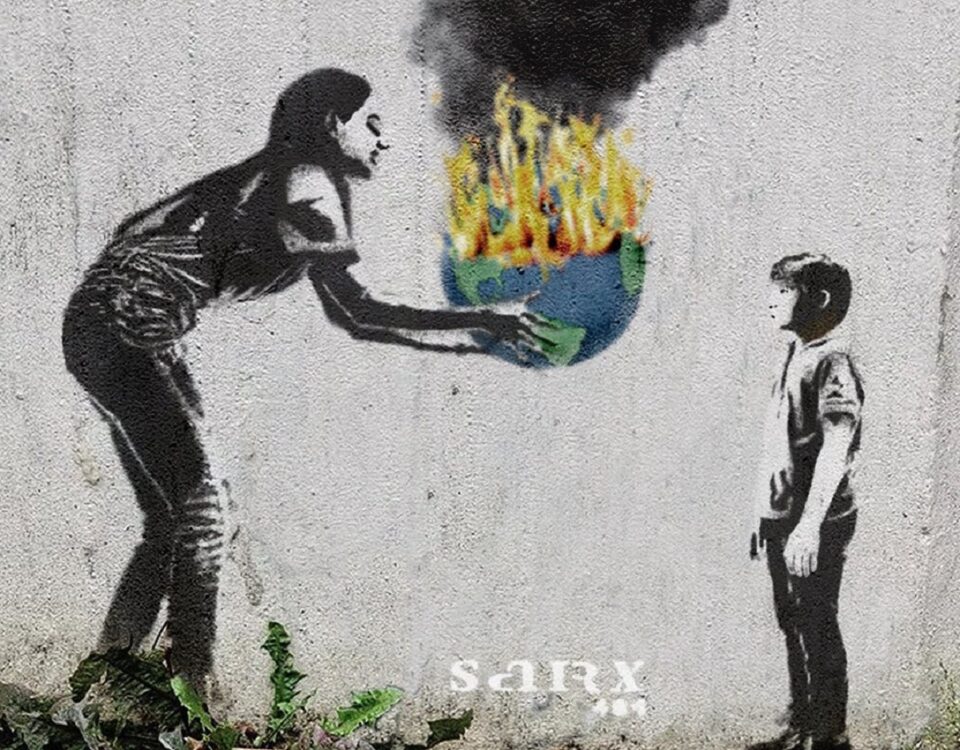